Everyone knows that ugly grey box that is somewhere in their house that you can’t figure out how to hide it so that you can have that stylish Pinterest approved house you dream of. Well, that ugly box is your circuit breaker and it is essential for your property’s safety as well as your family’s safety. A circuit breaker is an electrical safety device (or commonly known as a resettable fuse) designed to protect an electrical circuit from damage that might be caused by an overload current or a short in the wiring. This box will interrupt the current flow to prevent fire and protect your equipment and appliances. They come in many different sizes and ranges from low to high voltage.

What is a circuit breaker?

This safety device is similar to a fuse. A fuse is a thin wire that plugs into the circuit and when the circuit is closed all charges flow through the wire. The fuse is built to disintegrate when it becomes overheated so that the circuit is then interrupted and can no longer continue the flow of electricity. Every time a fuse is blown (disintegrate) it must be replaced. The difference between a fuse and a circuit breaker is that a circuit breaker can be used over and over again by the flip of a switch. The wires inside a circuit breaker box are not built to disintegrate. Instead, there is a hot wire (also known as an active wire) in the circuit that connects to the two ends of the switch. When the switch is in the on position, electricity can flow freely through the circuit allowing electricity to go where ever it is needed to power what you want to do.

How does it work?

The electricity running through the box will magnetize the electromagnet, which is a soft metal core magnetized by the passage of an electric current through the coil surrounding it.When the current flowing through the circuit jumps to unsafe levels, the electromagnet is strong enough to pull down a metal lever connected to the switch link. The link then shifts away from the stationary contact position, which results in a flipped switch. This causes the flow of the electricity to be broken — meaning that the area in your house that the switch flipped no longer has power flowing to it.

The next type of circuit breaker is called a Ground Fault Circuit Breaker (GFCI) and it is built to cut the power to the entire circuit when it is tripped — caused by an overload, short, or line-to-ground fault. The GFCI will trip when unwanted paths form between an electrical current and the grounded element. This type of box is required when everything is connected to a ground fault. This type of breaker is a single phase and can handle 125 volts and 15-20 amps. These are most commonly found in basements, hallways, closets, kitchens, laundry rooms and bedrooms. You do not need a GFCI receptacle when you have a GCFI circuit breaker.

The third type of circuit breaker is the Arc Fault Circuit Interrupter (AFCI). This protects against unintentional electrical discharge in a cord or wire that could potentially start a fire. The circuit breaker can sense when there is a jump or abnormal path and it disconnects before an arc produces enough heat to start a fire. An arc typically occurs with damaged or worn wires or cords. It is important to note that standard circuit breakers do not always trip when an arc occurs, because the standard is designed to trip with heat and not a quick surge. As of 2017 most electrical code areas require that all rooms use an AFCI rather than a standard circuit breaker. Along with the Arc Fault Circuit Interrupter there are options you could have in your home:

A GFCI receptacle is designed with a built in breaker in case it were to come into contact with water. These are typically found in utility rooms, bathrooms and kitchens (places a circuit breaker won’t be located in your home). These receptacles could easily save your life by preventing an electrical shock when using devices such as a hair dryer. If you don’t have this type of outlet, you should strongly consider having them installed. ONE Service Pros would be happy to help with this project!

A circuit breaker controls everything electrical for an entire room and also has a master switch. A circuit breaker will trip with an abnormal current flow; which is called a fault. The breaker looks for faults to prevent damage in wiring which can result in fire. One thing these two devices have in common is that when tripped they shut off electricity automatically for preventative safety measures.

A major difference with a switch is that it is manual. A switch allows users to turn the electrical current on and off at will. For example in the bathroom, you can decided when to use the fan through the switch but after you take a shower and try to use the hair dryer the GFCI receptacle automatically trips and you have to press the reset button in order for it to work again due to the steam from the hot shower could be dangerous to turn on the hair dryer. Another difference between a circuit breaker, GFCI receptacle, and switch is the amount of voltage each device can handle. The switch has the lowest amount of voltage and the circuit breaker being the highest.

Causes of a breaker trip

You will be able to tell when your circuit breaker trips because the power will be out in a certain area of the home but be working perfectly in the rest of the house. The circuit breaker tripped because it exceeded the maximum amount of amperage and the switch inside the circuit breaker box are in the off positions. Each homeowner should know the location of their circuit breaker — being sure to not have anything covering it up, in order to access it easily. An insider tip: Be sure to label each switch in the box in permanent ink and not pencil — that way over time it does not fade.When the switches in the box are sometimes flipped it is not noticeable at first glance. If you look closely, you should be able to find one that is slightly out of line with the others. Remember that it is a magnetic reaction causing the switch to flip so the magnetic pull might not be that strong sometimes.

What causes the trip could be one of three things; a circuit overload, a short in the circuit, or a ground fault. A circuit overload is when the breaker receives more amps than it is supposed too. This could be due to loose or corroded wires somewhere in your home.

A short in the circuit occurs when a hot (also known as active) wire touches a neutral wire causing a lot of current to flow in an unwanted area. This can cause a trip in the circuit breaker, a blown fuse, sparks, a popping noise and maybe even smoke. A short circuit can occur due to a faulty electrical switch, receptacle, fixture, appliance, plug, cord, or an animal chewing on the line. This is very dangerous if this occurs. A ground fault occurs when an active wire touches the ground wire or a part of an appliance and a lot of current goes through the circuit — causing it to trip. This typically happens when there is damage to an appliance.

What to do if your breaker trips?

So, if your circuit breaker trips and you no longer have power in an area of your house, what do you do now? DO NOT go to the circuit breaker and flip the switch to allow electricity to flow back into the area! Remember that the circuit breaker is a safety device, and if it trips, it is for the safety of you and your property. Something inside the breaker box or wiring in your home needs to be repaired by a licensed electrician. By flipping the switch yourself, you could unknowingly cause more harm than good — potentially overloading your system again could even start a fire. If your breaker is over 10 years old, it may also need replacing, in order to protect your home and family most effectively. If you have any questions or concerns about your circuit breaker our electricians at ONE Service Pros will be happy to help with any problems you might be having!

Thermostats are the centerpiece of every efficient HVAC unit and provide better indoor comfort. Despite their use for decades, many misconceptions about… Continue Reading Debunking 3 Common HVAC Thermostat Myths in Seymour, TN… 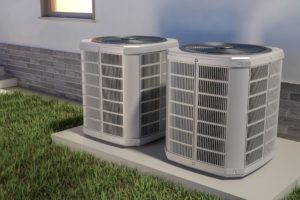 Are you considering a new HVAC system? If you’re noticing any of the following signs, it might be time for a new… Continue Reading 3 Signs It’s Time for a New Heat Pump in Seymour, TN… 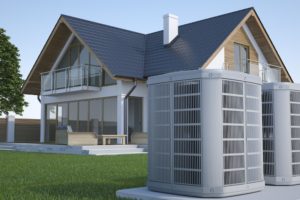 4 Benefits of a New Heat Pump in Sevierville, TN

Are you considering updating your home’s HVAC system? The fluctuating temperatures throughout the year in Sevierville, TN, can wreak havoc on your… Continue Reading 4 Benefits of a New Heat Pump in Sevierville, TN…