A single-speed, or single-stage, air conditioner runs at one constant speed. You simply switch it on, it runs until it reaches the temperature on your thermostat and it shuts down at that point. These are the traditional sort of air conditioners, and one positive is that they cost less than the more advanced variable-speed AC systems.

A variable-speed AC system can run at different speeds, and more importantly, it can slow down or speed up during the cycle itself. So rather than switch on and off to cool your home, it can slow down and cut down airflow when it’s about to reach your set point and speed up when the temperature rises again.

By running more frequently, variable-speed AC systems are more effective at removing humidity from the home. This prevents the growth of biological contaminants, which can adversely affect your health.

Get in touch with ONE Service Pros for the installation of a variable-speed air conditioner in your Knoxville home. We back all our HVAC work with a one-year guarantee. Our service technicians have NATE certification and provide warm, friendly customer care from start to finish. 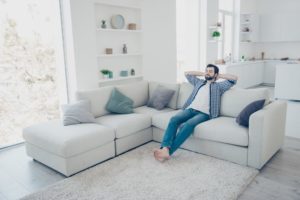 Can an Air Cleaner Improve Your Home in Seymour, TN?

If you’ve ever wondered if an air cleaner could improve the air quality in your home, the answer is a resounding yes!… Continue Reading Can an Air Cleaner Improve Your Home in Seymour, TN?… 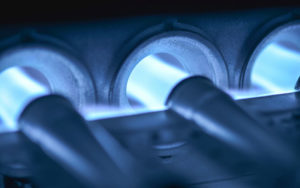 Do You Need a New Furnace in Seymour, TN? 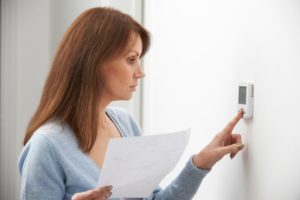 Thermostats are the centerpiece of every efficient HVAC unit and provide better indoor comfort. Despite their use for decades, many misconceptions about… Continue Reading Debunking 3 Common HVAC Thermostat Myths in Seymour, TN…